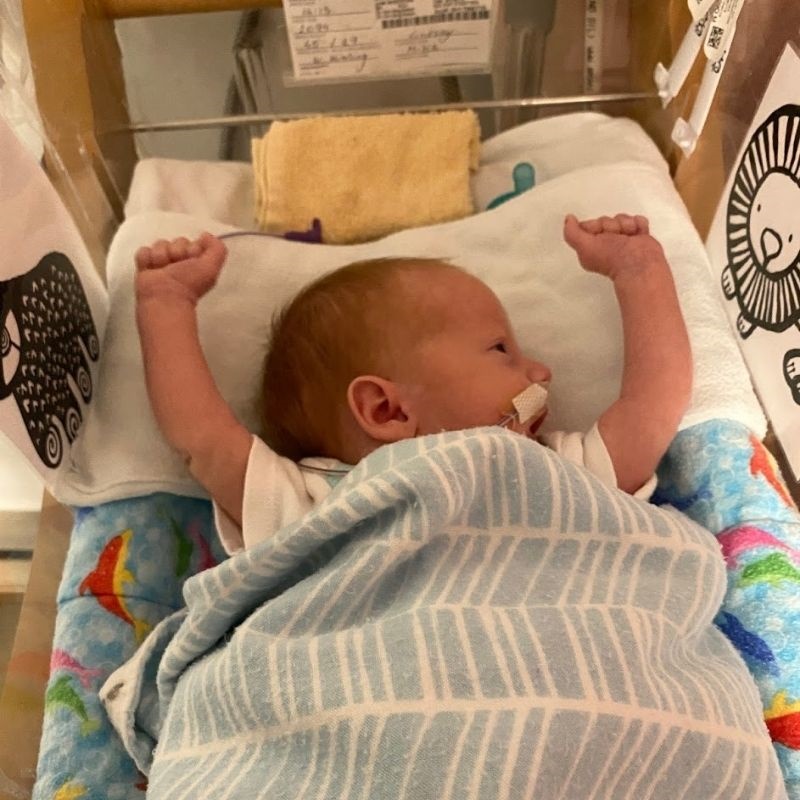 Terrified and unsure of the future: First time parents share their journey into parenthood at Burnaby NICU

Mike and Lindsay Twaites started their journey into parenthood how most first time parents do – terrified and unsure of the future. With thanks to a team of NICU (Neonatal intensive care unit) nurses and support staff, the family of three left Burnaby Hospital with a deep sense of gratitude and appreciation for the hospital that helped nurture their baby boy, Noah.

The Twaites stayed in the B.C. Children’s NICU until baby Noah was stable enough to be transferred to Burnaby Hospital’s NICU.

“This was the most challenging time of our lives, there was so much uncertainty, and having just lost Mike’s Dad to a brain tumor in November, only one month prior, we were still mourning his passing, all while trying to welcome our new baby (early) into the world. When you are being transferred from Children’s NICU you are given next to no warning, you are literally told that there is a spot at Burnaby’s NICU and the infant transfer ambulance will be here in the next hour so please start packing. We were half living at BC Children’s with Mike and I taking turns sleeping in Noah’s NICU room with him and one of us sleeping at home. Sometimes we both slept in the small double bed in Noah’s room at Children’s. When we were told Noah was being transferred to Burnaby, Mike was at the hospital and I was heading home to sleep for the night. Mike went with Noah in the ambulance and I met them at the Burnaby Hospital. I remember being absolutely terrified, not only was my baby going in an ambulance, we were being moved somewhere completely unfamiliar. I remember searching for the entrance to the NICU deep in maternity ward, eyes full of tears, but then being welcomed by a gentle, calming nurse named Agneta. She was patient and understanding as Mike and I, fear and uncertainty in our hearts, arrived at this new place, which we never knew would later become such a special part of our lives.”

Some of the nurses who stood out for their exemplary care were, Julia, Dana, Cristine, Daniella, Sook-Ing, Gurpreet, Agneta, and Jackie. “They constantly provided encouragement, and kindness, reassuring me daily, explaining progress or set backs in terms that I could understanding, and sharing laughs and tears with me on the good and bad days.”

After a month of care in Burnaby’s NICU, Noah was strong enough to go home. “It was the happiest day of our lives, but was also deeply emotional leaving the NICU as it had truly become a home and family we never knew we needed,” says Lindsay.

Reflecting back on their time at Burnaby Hospital, parents Mike and Lindsay would like to say thank you to not only the medical staff who Lindsay refers to ask Noah’s “heroes”, but also to the donors whose impact helps families like theirs, year round. “Your generosity has allowed our son to have a future – we will never be able to say thank you enough!” 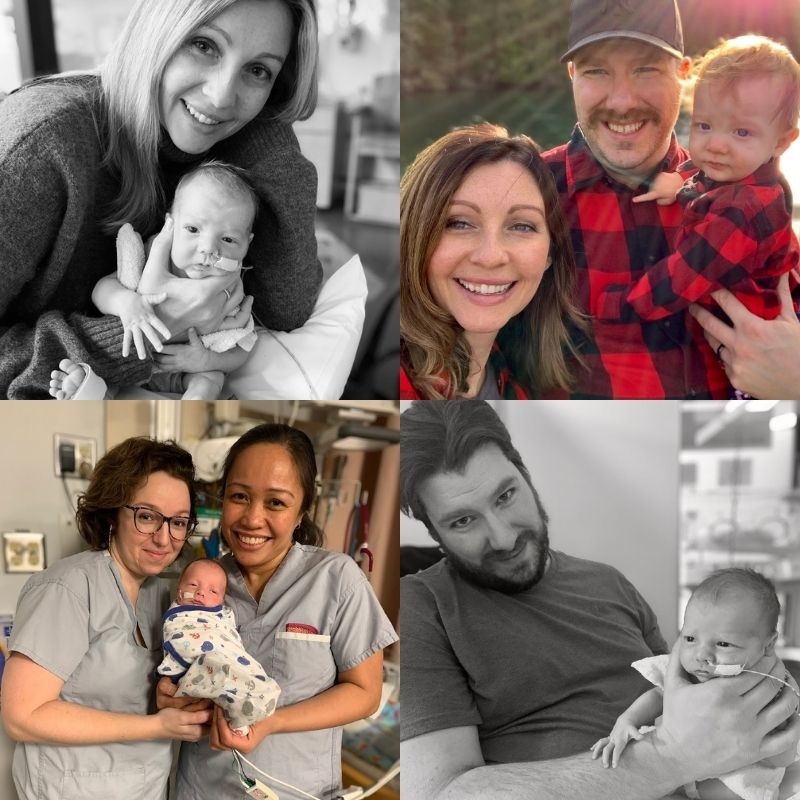