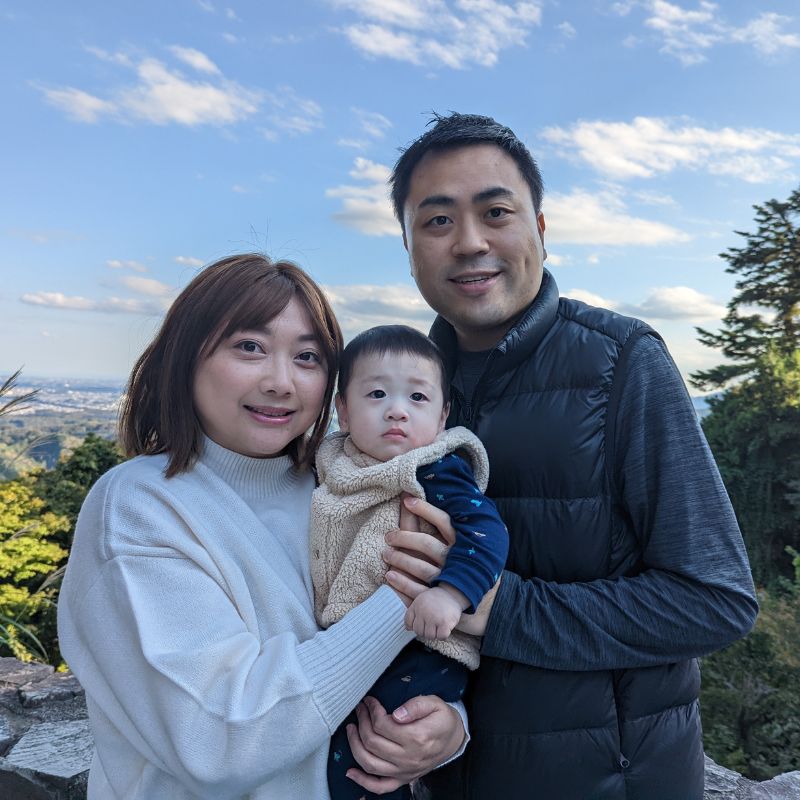 Expecting mother, Sayuri did not expect a roller coaster pregnancy. During an ultrasound at 20 weeks, it was discovered that she had an open cervix, requiring an emergency cerclage surgery. Sayuri notably remembers the feelings of relief after hearing her baby’s heartbeat following the operation.

With 11 weeks remaining in her pregnancy, Sayuri’s water unexpectedly broke. After a short stay in BC Children’s Hospital, Sayuri and her husband, Martin, welcomed their son, Aiden, two months before his expected due date. 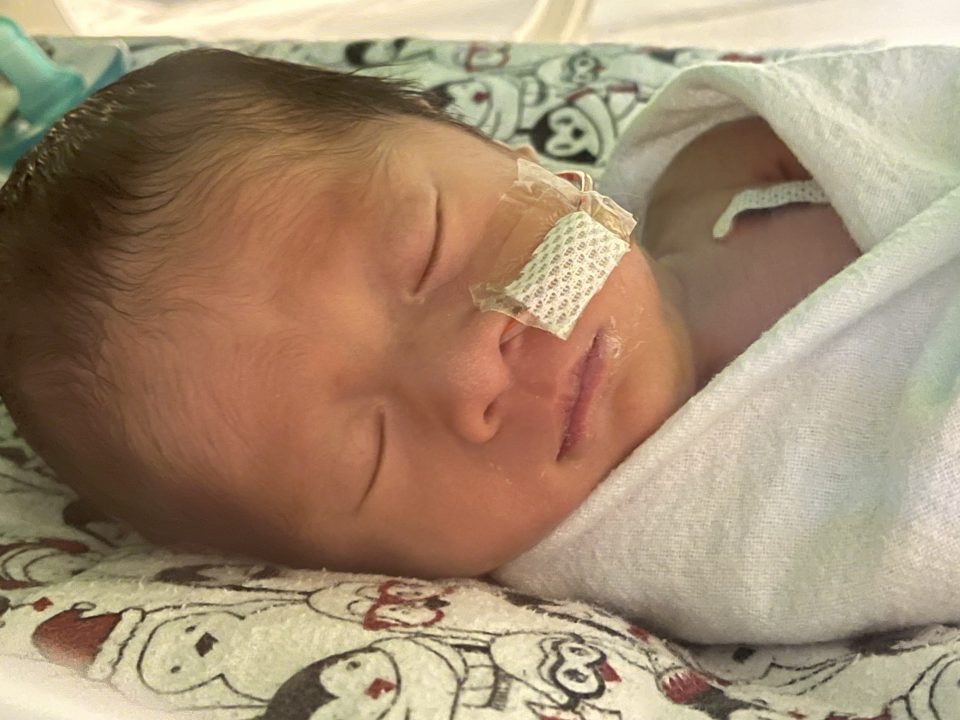 After only a week in the Neonatal Intensive Care Unit (NICU) at BC Children’s Hospital, it was time to move to Burnaby Hospital.

“We were thankful that we were in one of the best medical facilities in the country,” shares Sayuri. “It’s a bit like staying at a famous 5-star hotel with state-of-the-art facilities and all the amenities that you could dream of. Each family had a private room with a pull-out bed for parents, a luxury recliner for kangaroo time, a cutting edge incubator, along with a ton of hi-tech machinery that looked equipped to take care of anything.” 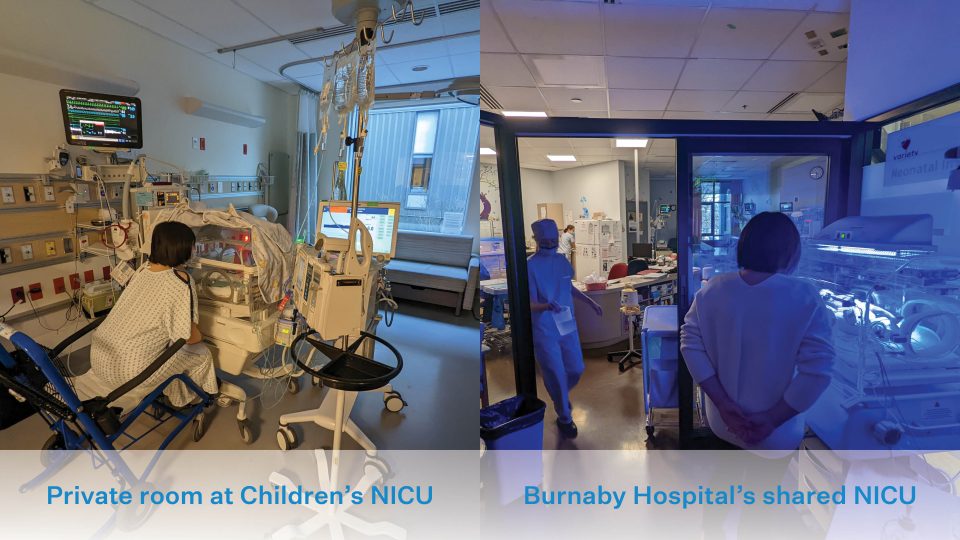 “When the nurses told us we have to move, we were a bit concerned,” explains Martin. “We didn’t know much about Burnaby Hospital, except that it would not have the same level of resources that we saw. However, we felt fortunate because it means that our baby’s situation is healthy enough to be transferred.”

“When we arrived at Burnaby, our concerns seemed validated – the visible differences in resources were more than we expected,” says Sayuri. “The building, equipment and facilities looked much more dated. Entering the NICU, we were surprised to find that it only accommodates 6 babies, and they were all in the same room. Space was much tighter and only one parent from a family could visit at a time due to COVID protocols and space limitations. That meant that Martin and I had to take turns visiting Aiden and we couldn’t be by each other’s side.”

“But after just one day at the Burnaby NICU, we realized that we couldn’t be more wrong about our reservations and we couldn’t be more grateful that we were moved here,” says Martin. “We were shown what was really ‘best’ for our baby and us in the next stage, when he is not at high-risk. We realized that Aiden needed a different type of care with a priority on his daily physical and emotional needs so he could grow healthier and stronger.”

Martin and Sayuri reflect on the month that their son received care in Burnaby Hospital’s NICU.

“We were so fortunate that he was in the hands of angels who paid the utmost care for our baby’s well-being. We can see this in so many little details. It’s a labor of love. We want to share our deepest thanks to all the nurses, doctors, unit clerks, and so many others that provided care for us at Burnaby NICU, such as Daniela, Julia, Su-Ning, and Dr. Qian.” 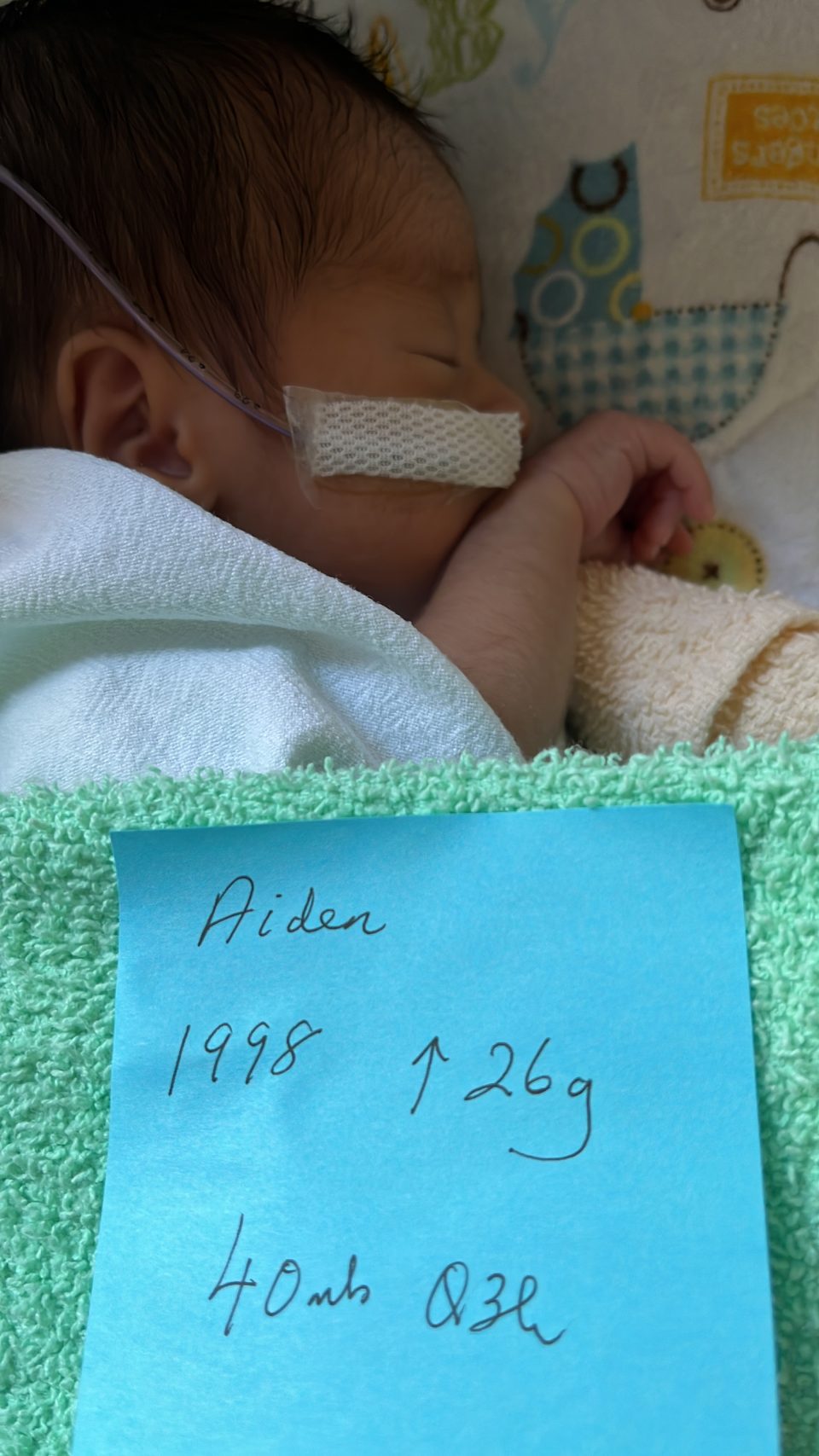 As with all newborns, it’s important to see their growth and development, especially in the NICU. Sayuri reminiscences on the small blue stickers by her son’s bedside that were regularly updated with weight gain.

“For a premature baby’s mother, your baby gaining 100g makes me happier than you losing 1 pound yourself!” she teases.

“Not only were [the staff] invested in helping our baby grow as healthy as possible at the hospital, they made sure that our baby would continue to do well by proactively mentoring and coaching us as parents each day, at every opportunity we had. We became so much more confident in taking care of our baby with their help.”

“And every time they are expecting us to visit, they would call us to double check our visiting times when we are late so that the baby’s feeding schedules would not be disturbed. We called each other so often that nurses could tell it was me on the phone, just from saying ‘Hi’, and vice-versa,” Sayuri remembers fondly.  “I felt like we were truly a team.”

With thanks to the exceptional NICU team at Burnaby Hospital and determined first-time parents, Aiden has continued to mature and thrive and will soon be celebrating his first birthday. 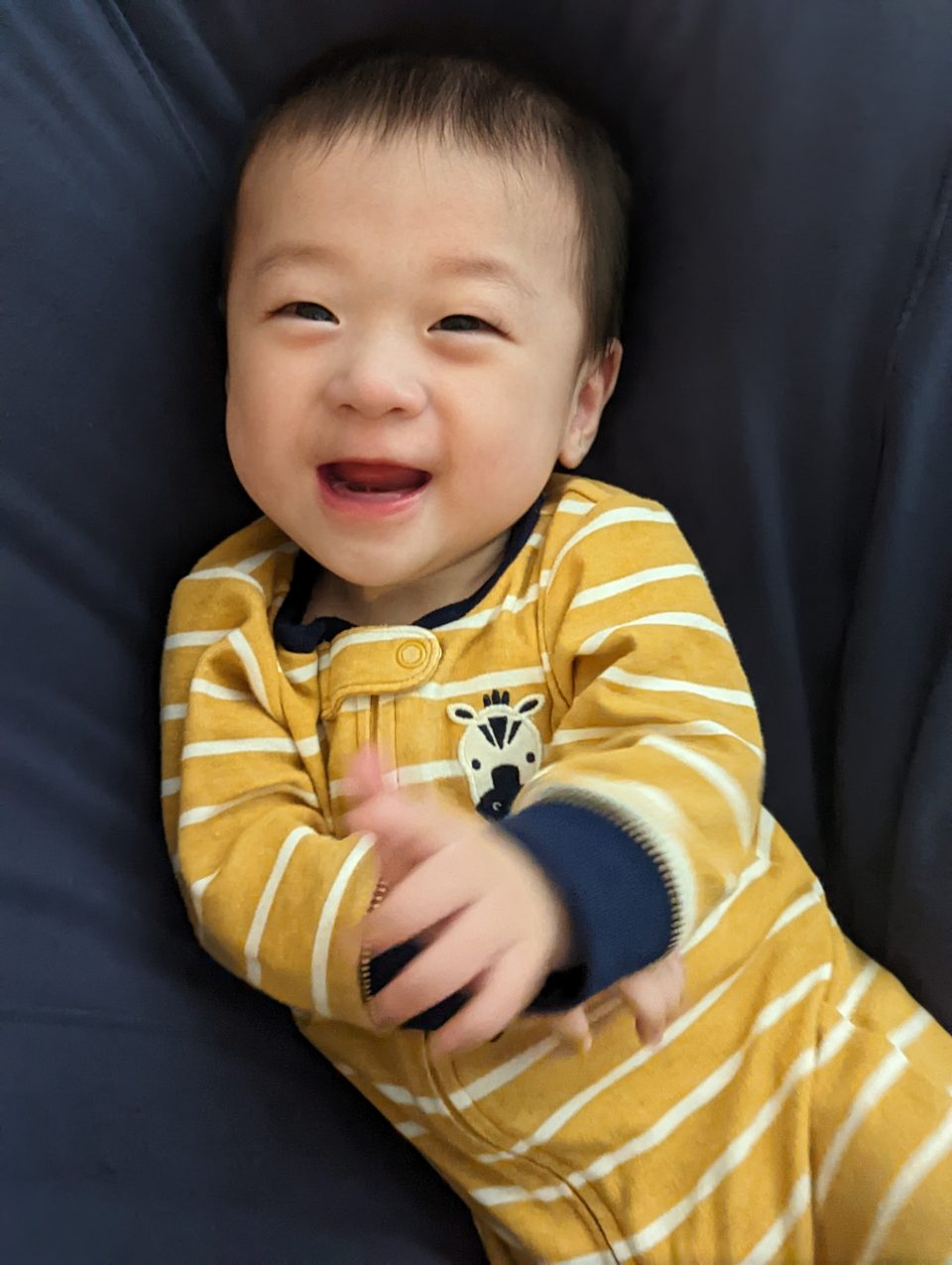 Reflecting on all of the tribulations and triumphs, Sayuri urges the community to get involved in supporting the hospital redevelopment, which includes a brand new maternity and NICU department.

“If they can accomplish so much with the limitations they have now, I can’t imagine how much more they can accomplish with additional resources provided in the hospital redevelopment,” she explains. “More space and rooms can mean both anxious parents can visit together. More milk pumps means that more mothers can be pumping at the same time with the precious time they have with their babies. You have the chance to make an enormous difference in the lives of so many more babies, and families. Please support the Burnaby Hospital NICU and the angels who work here.”