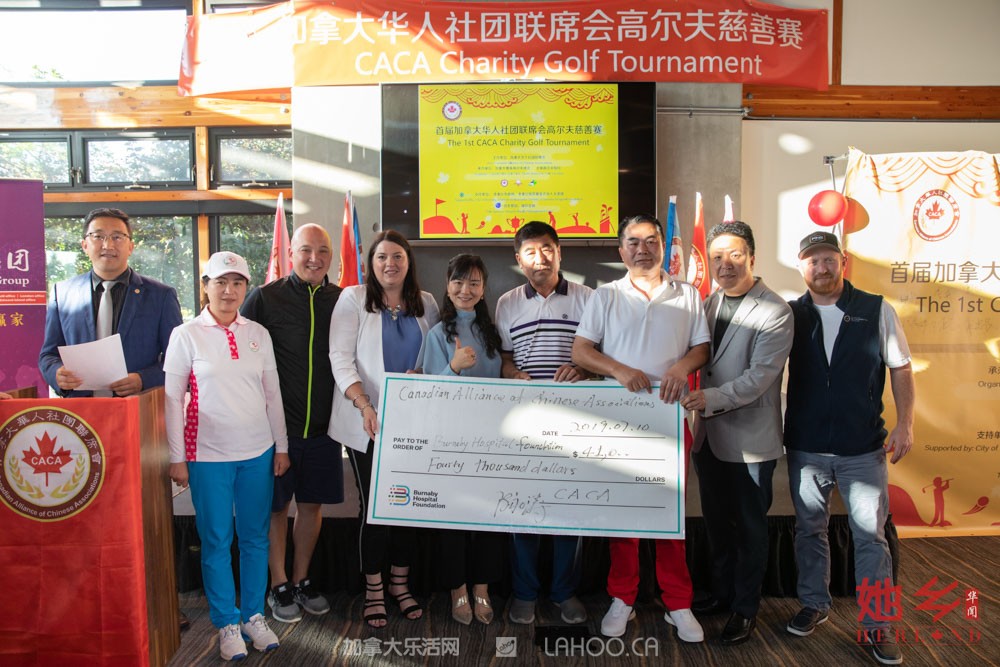 On July 10th, the Canadian Alliance of Chinese Associations (CACA) held a tournament at Riverway Golf Course in support of Burnaby Hospital Foundation. The event, which was also supported by the City of Burnaby, raised an outstanding $41,000 according to city Counillor, James Wang, who is also an advisor to CACA.

“CACA has done an amazing job over the last decade promoting multiculturalism, building relationships, uniting communities, and of course dedicating themselves to countless philanthropic efforts,” noted James, in thanking the organization.

“Burnaby Hospital is one of the busiest in the region serving over 200,000 patients every year. We’re so grateful to be here, not only as a beneficiary, but to be an active and engaged part of our local Chinese communities, and our greater shared community. We couldn’t do what we do without the generous support of organizations like CACA and [our Chinese Ambassador Society].”

Some directors of BHF and members of Chinese Ambassador Society of BHF attended the event. MP Peter Julian and MLA Raj Chouhan joined with the charity dinner following the tournament and presented appreciation certificates to CACA for their contributions to the communities and BHF.