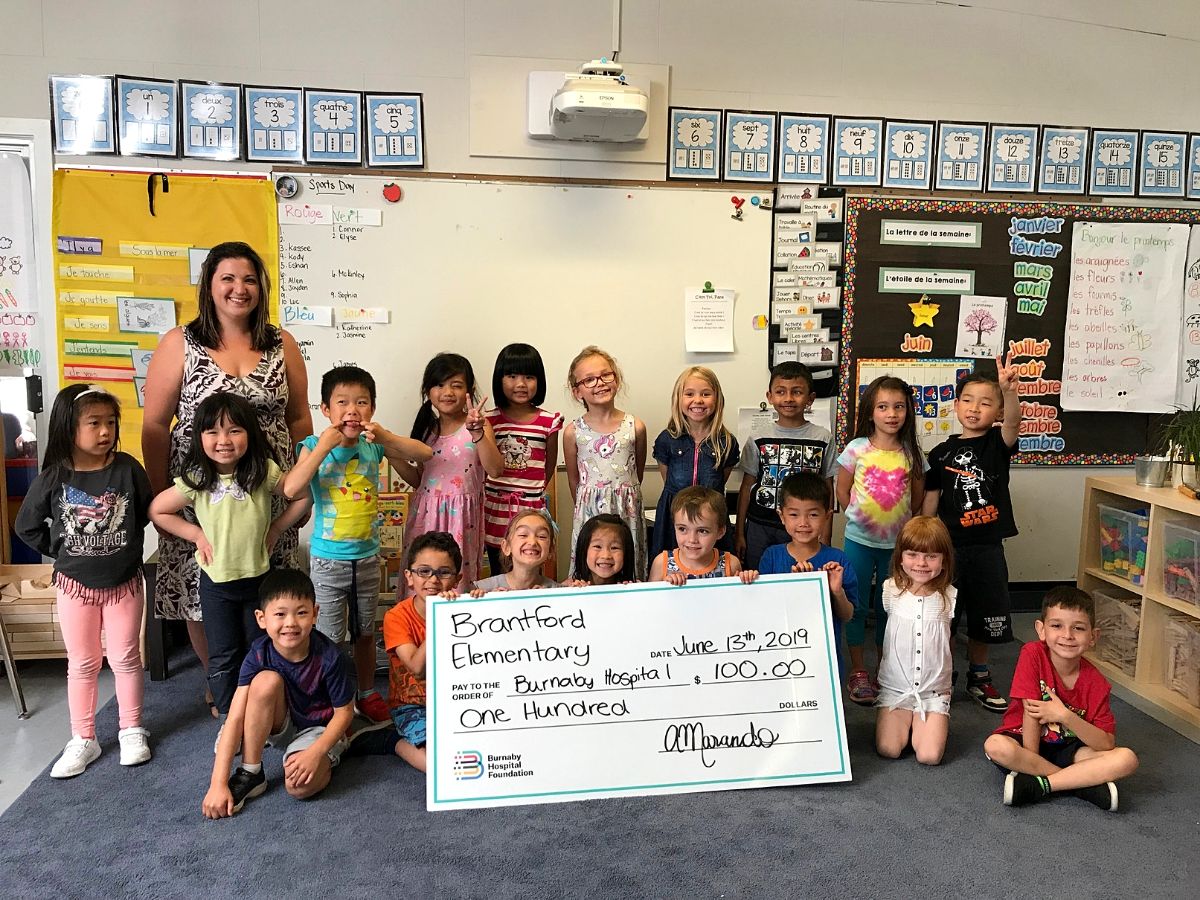 The biggest $100 ever donated to Burnaby Hospital

Walking into Ecole Brantford Elementary School in south Burnaby is like walking into just about any elementary school in Canada. The laughter of children, the hustle and bustle, the strewn-about art projects – the almost overwhelming stimuli of sights, sounds, and primary colours almost guaranteed to transport you deep into your own past, when Scooby Doo graced your lunch box and your shoes never seemed to stay tied.

But a short walk down the hallway, in Mme. Marando’s French immersion kindergarten class, the inspired chaos makes way for Busytown; a classroom community run by five-year-olds, complete with a restaurant, hair salon and post office.

“In Busytown, students learn through playing, with a focus on basic financial literacy – earning, spending and donating,” said Marando. “Roleplaying in our classroom community lets us learn about the local areas that serve us.”

The class also learned about the importance of giving back to their community. Parents were invited to visit Busytown, where they exchanged their Canadian currency for Busytown dollars at the Busytown Bank. At the end of the day, one hundred dollars was donated to Burnaby Hospital Foundation.

“Most of the children in our class were born at Burnaby Hospital. And since we have a hospital in our community, we thought it would be fitting to donate there,” said Marando.

Burnaby Hospital Foundation has received many large donations in its history, but never once has the amount represented the entire GDP of a whole town. It was undoubtedly the biggest one hundred dollar donation the foundation has ever received.