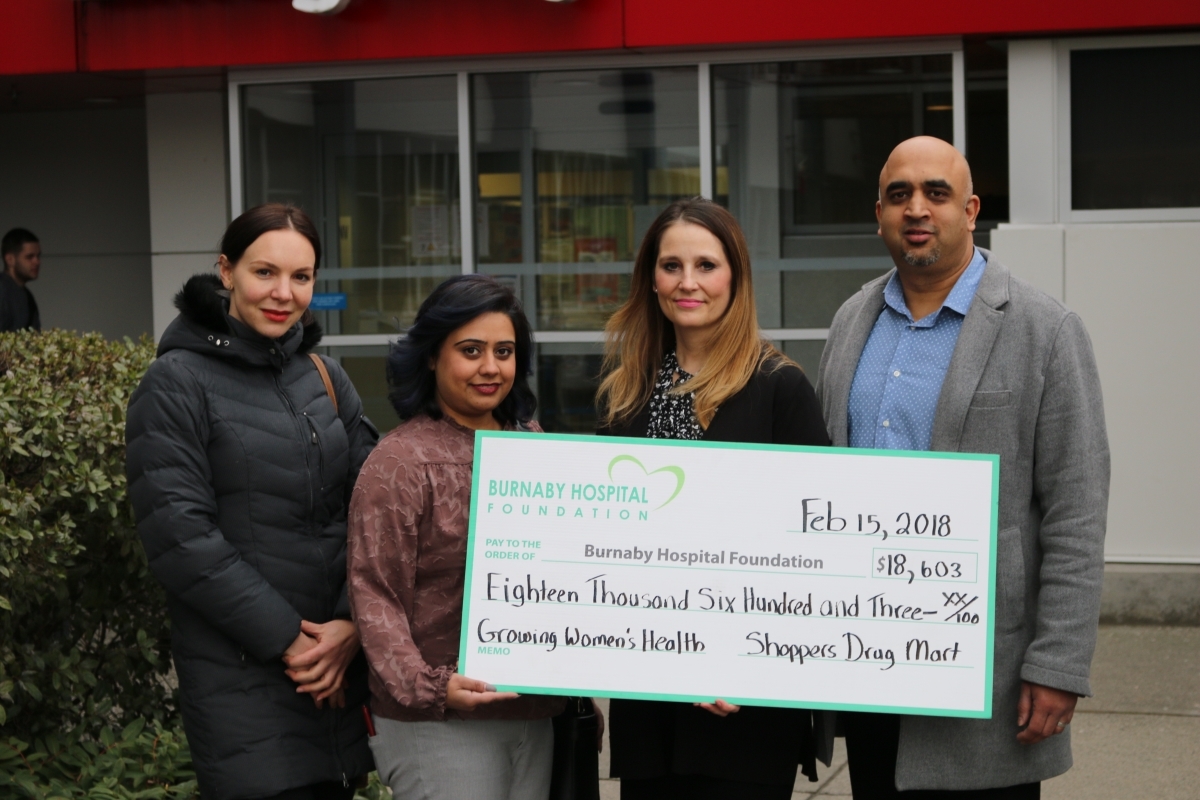 As part of their 2017 Growing Women’s Health campaign, Shoppers Drug Mart has raised $18,603 for Burnaby Hospital Foundation. There were six participating stores that helped make this possible; each chose Burnaby Hospital Foundation as their charity of choice. Shoppers is a long-time partner of the Foundation, and this result sets a record for their point of sale fundraising efforts in support of us. Thank you Shoppers Drug Mart!