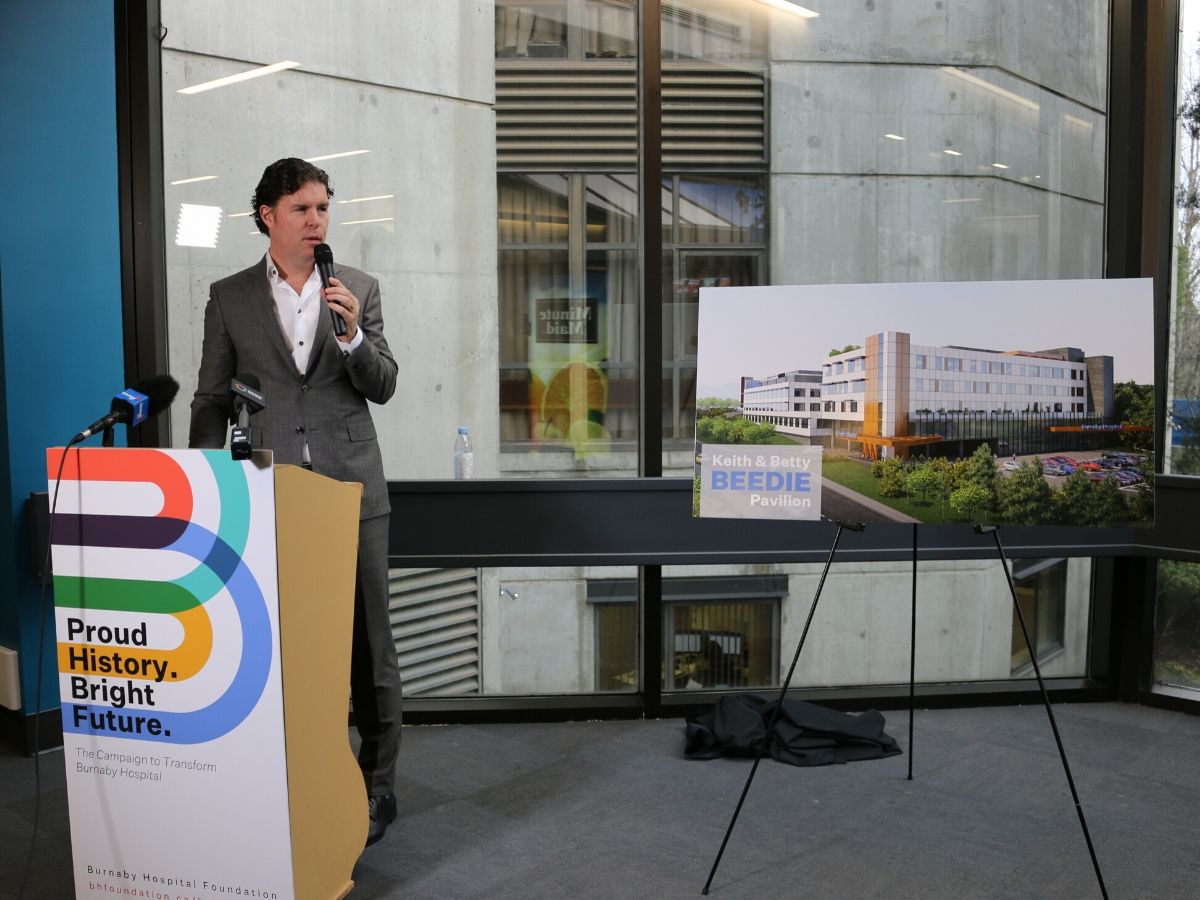 On Wednesday, February 12th, representatives from Burnaby Hospital Foundation were joined by Burnaby Mayor Mike Hurley, Fraser Health, special guests and dignitaries to announce a commitment of $30 million toward the redevelopment of Burnaby Hospital.

The announcement comes following the Province of British Columbia’s confirmation last fall that the facility will undergo a $1.3 billion total transformation, with construction due to commence next year.

“Our facility was built in 1952, and its last major update was over 40 years ago,” said James. “Finally now, after years of advocating and waiting, we are on the verge of a brighter future in health care for all of us.  We are so appreciative that our provincial government, including Premier John Horgan and Health Minister, Adrian Dix, has recognized this urgent need, and has committed to making such a massive and positive difference for our community.”

Leading the campaign charge is long-time Burnaby residents and locally-based developers, the Beedie family, who will donate an incredible $8 million to phase one of the project. The Beedies, including Betty and her son Ryan have long been supporters of Burnaby Hospital. Starting with Ryan’s father, Keith, who passed away in late 2017, the family has previously given more than $2 million to the hospital. The redevelopment will include the new Keith & Betty Beedie Pavilion, named in the couple’s honour.

“Burnaby Hospital has always given us the greatest of care, especially for my husband Keith,” said Betty Beedie. “We wanted to donate toward the pavilion and this project as a whole to ensure that everyone in Burnaby gets the greatest care in the best possible environment.”

Phase one of the redevelopment will focus on four critical services: emergency, surgery, maternity and mental health. It will include a new six-floor patient care tower, as well as expansion and extensive renovations to the existing Facilities Support Building. Phase two will eventually add even more new patient beds, a new home for the medical imaging department, and a new cancer treatment centre.

“We won’t be able to reach our fundraising goal without the support of our generous community, including our biggest champions and leaders,” said James. “And there have simply been no greater champions in this city than the Beedies. Their impact reaches throughout the region.”

Members of the public interested in making a donation or learning more about the project are encouraged to CLICK HERE for more details. 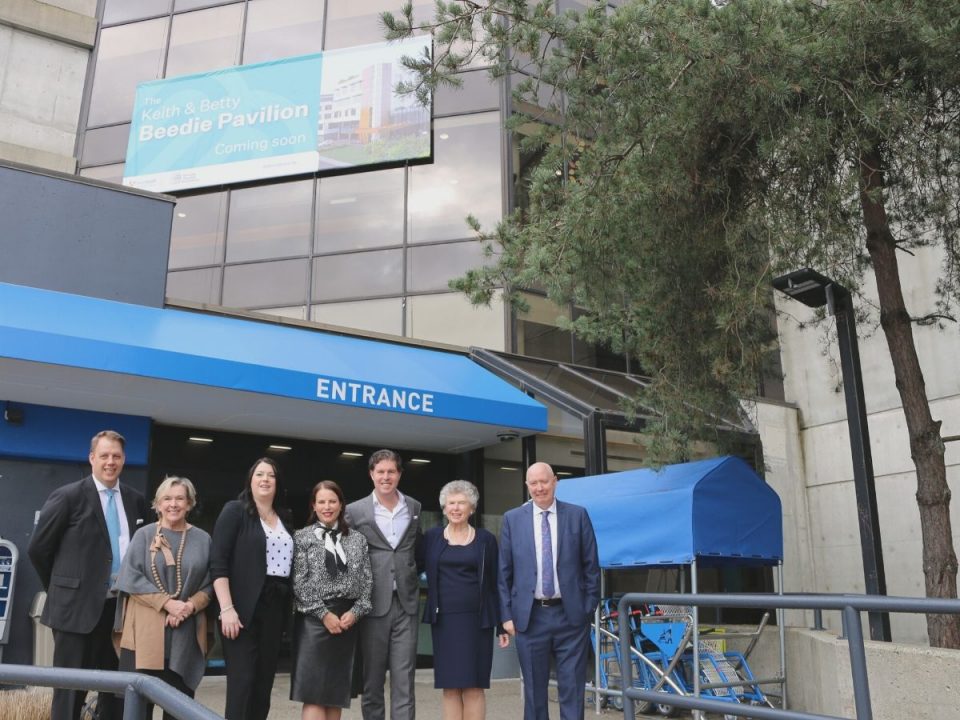