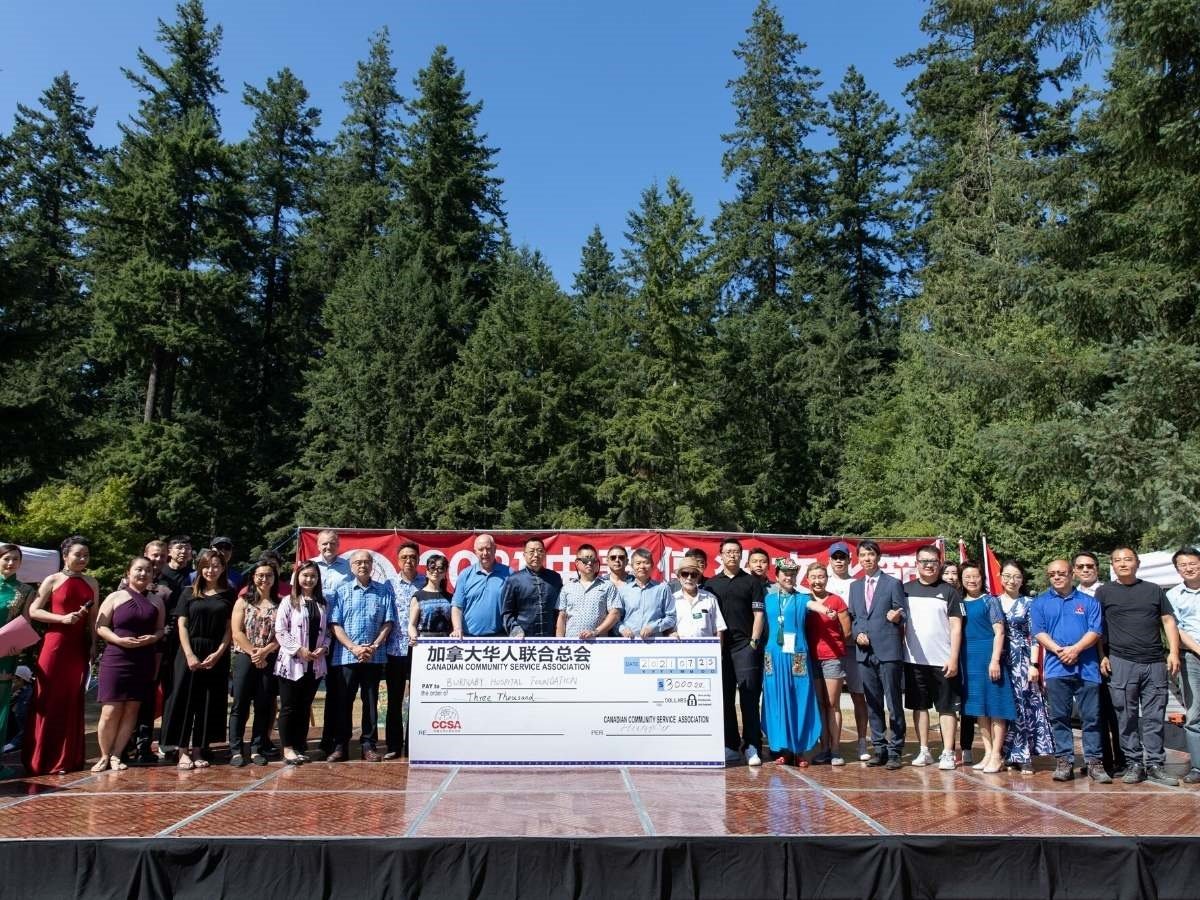 It was another successful year for the annual Chinese Cultural Heritage Festival, hosted by the Canadian Community Service Association (CCSA) and co-hosted by Chinese Construction & Renovation Association of Canada and Butler At Your Services Inc.

The event took place on July 25, 2021 at Burnaby Central Park and was live streamed to viewers around the globe. The opening ceremony was supported by the Consulate General of the People’s Republic of China in Vancouver, the Provincial Government of British Columbia and the City of Burnaby.

At the event, the CCSA presented a generous donation of $3,000 to Burnaby Hospital Foundation, in support of the hospital redevelopment. This is the 4th year that the CCSA named the Foundation their charity of choice for this event. Claire Wang, Director of Finance and Operation, attended the event and accepted the donation on behalf of the Foundation.

President of the CCSA, Harris Niu, said it was an honor to attend the Festival with everyone and hoped this event would inspire more people to learn about Chinese traditional culture, history, Chinese medicine and art.

The Mayor of Burnaby, Mike Hurley, thanked the front-line medical workers for keeping BC safe. He also acknowledged that the Province of BC has proclaimed and declared that July 19-25, 2021 as “Chinese Cultural Heritage Week”.

The festival featured an array of performances representing a myriad of Chinese ethnicities, cultures, and traditions.