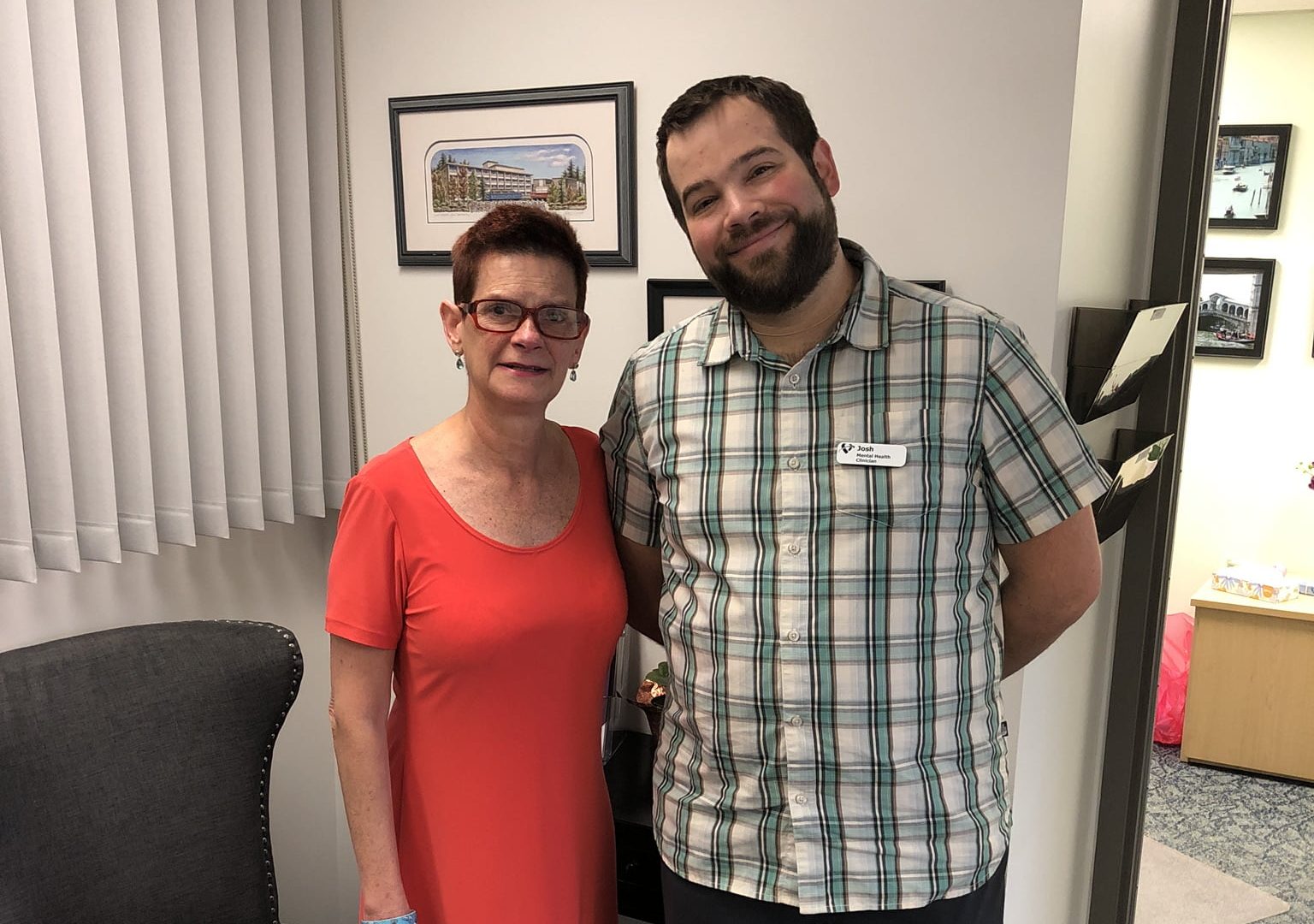 Mental health issues are a serious concern in Canada, with one in five Canadians experiencing a problem or illness in any given year. These issues affect people from all walks of life, and can develop for a myriad of reasons. In Vivianne’s case, a number of personal issues led to depression and anxiety that spiraled and became more severe. Over time, her illness led to social isolation and she stopped eating – that malnutrition led to her accident.

A little over a year ago, faint with weakness, Vivianne passed out and hit her head. Unable to reach the phone or call for help, she found herself wedged between her couch and a coffee table. She remained there for 5 days.

After the meowing of her cat, Waldo began to concern neighbours, and her family contacted police to gain entry to her home, Vivianne was finally discovered. She remembers only fragments of those moments, as she was transported to hospital – a paramedic, the ambulance, someone taking her hand and telling her to hold on. She was later told that when she was found she was probably only hours away from death.

Once in hospital, Vivianne’s trouble continued. She was suffering from muscle atrophy, a condition where muscles waste away due to a lack of physical activity. Her accident, compounded by her previous malnutrition issues, left her unable to talk or walk. She wasn’t sure if she would ever walk again. It was thought she might need 24 hour care for the rest of her life.

Frightened and confused, Vivianne thought about giving up. She didn’t know why the medical staff (first at Royal Columbian, and then at Burnaby Hospital) were trying so hard to help her. She didn’t want the help. She wanted to die.

Over time, thanks in no small part to the amazing staff attending to her, Vivianne realized it wasn’t her time to go. She set off on the long road to recovery, with physiotherapy and mental health therapy to re-learn how to walk, how to eat, and perhaps how to be herself again.

Today, Vivianne offers a message of positivity, hope, and support for others who find themselves in a similar situation, or who are otherwise suffering from mental health issues.

She wants people to know that it’s okay to have mental health issues. It’s not something to be embarrassed about. It’s okay to talk. And it’s important to listen.

She also want to thanks all of those who have been there along the road to her recovery, whose dedication and constant care she credits as being the reason she is here today.